These eleven rules are known as Prospero’s Precepts and can serve as a general-purpose guideline for critical thinking: 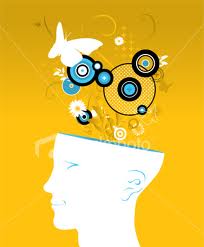 All beliefs in whatever realm are theories at some level. (Stephen Schneider)

Do not condemn the judgment of another because it differs from your own. You may both be wrong. (Dandemis)

Read not to contradict and confute; nor to believe and take for granted; nor to find talk and discourse; but to weigh and consider. (Francis Bacon)

Never fall in love with your hypothesis. (Peter Medawar)

It is a capital mistake to theorize before one has data. Insensibly one begins to twist facts to suit theories instead of theories to suit facts. (Arthur Conan Doyle)

A theory should not attempt to explain all the facts, because some of the facts are wrong. (Francis Crick)

To kill an error is as good a service as, and sometimes even better than, the establishing of a new truth or fact. (Charles Darwin)

It ain’t what you don’t know that gets you into trouble. It’s what you know for sure that just ain’t so. (Mark Twain)

Ignorance is preferable to error; and he is less remote from the truth who believes nothing, than he who believes what is wrong. (Thomas Jefferson)

All truth passes through three stages. First, it is ridiculed, second, it is violently opposed, and third, it is accepted as self-evident. (Arthur Schopenhauer)

Craig Butcher is an award-winning educator who has taught critical thinking skills for more than two decades. In addition, he has worked on Capitol Hill as a congressional staffer and has been a top-rated broadcaster. View all posts by Craig Butcher